Nobody, even an old timer like me, who looks at the various online tactical blogs and websites can have possibly missed the explosion onto the gear market of the Rapid Access Magazine Pod, or RAMP!

According to the guys behind it at Gear4Grunts in the USA “The RAMP Redefines the Way Grunts Fight” and I have to say that I’m actually in full agreement with this now I’ve had a proper chance to try them out on the range. The claim is that you can reload twice as fast using the RAMP rather than standard magazine pouches, even open top shingles.

Whilst I’ve seen polymer style open top magazine pouches before I have to say straight out that the RAMP is by far the simplest I’ve seen, with no extraneous parts; it’s simple, extremely lightweight, and it works. I ran a pair of RAMPs inverted on a MOLLE belt from G1098 supplies and they certainly live up to the hype!

In a nutshell the RAMP facilitates REALLY fast reloads while securely holding and protecting the magazine. It protects rounds in the magazine from the elements thus reducing potential weapon malfunctions, and securely retains the magazine while providing for quick release when needed.

In my opinion though by far the best feature of the RAMP is that it lets you keep your eye fully on the target whilst reloading; it’s simply a case of empty mag into dump pouch, a sharp downward tug on the magazine which releases it from the RAMP into a perfect “beer can” grip, and then it’s straight up into the magwell with a fresh magazine ready to roll. At no point during the reload did my eyes leave the target, and once practised the change was indeed super quick, a potential lifesaver in those critical first moments of a contact when you need to get rounds downrange and win the firefight!

At the time of review a final price has yet to be settled on in the UK, but I’m led to believe it will be somewhere in the region of 20 quid, which for something that could potentially save your life seems pretty reasonable to me! 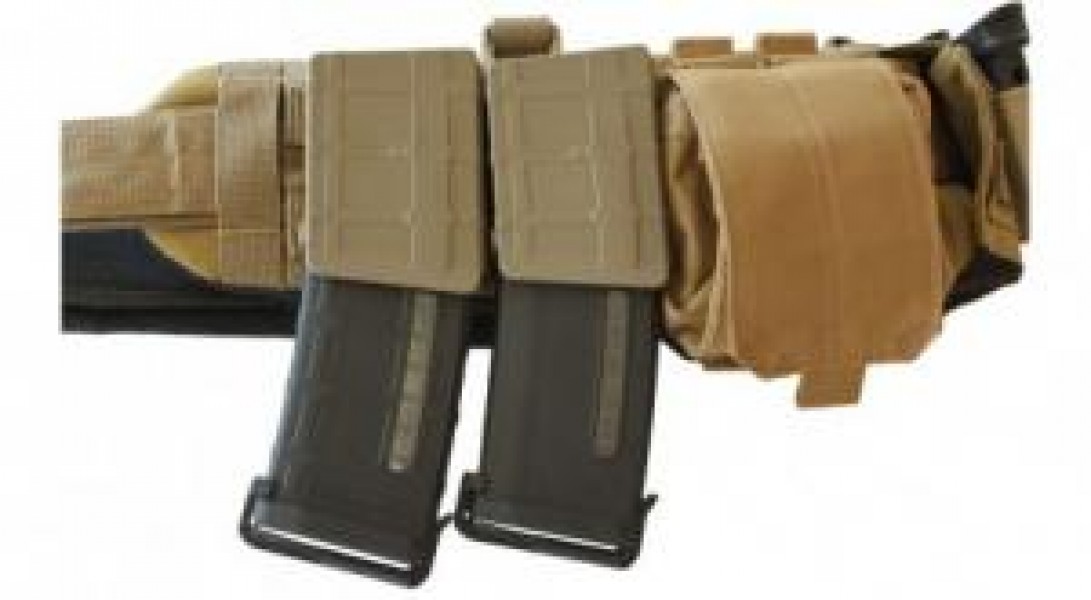